Blakeslee & Son is a local, family-owned and operated company that has 75 years of experience in the HVAC and plumbing industry. You can trust our skilled technicians for a variety of jobs including drain and sewer repair, heating and cooling services, and air purifier installation.

The technicians at Blakeslee & Son are professional, knowledgeable, and eager to help solve your heating problems. We exceed your expectations. We are available EMERGENCY SERVICE to repair, install, or service your residential heating or air-conditioning system. We service furnaces to boilers to ducts and heat pumps.

Blakeslee & Son offers a wide variety of the Blakeslee variable and multispeed furnaces to provide indoor comfort that only requires you to slowly turn up your thermostat rather than making a drastic change to achieve the desired temperature. These gas furnaces deliver maximum energy efficiency and savings along with the highest possible AFUE rating.

Keeping your family comfortable is important to us, so we work to provide top-quality HVAC services. The Blakeslee brand gas furnace line delivers warm, money-saving comfort throughout the year. 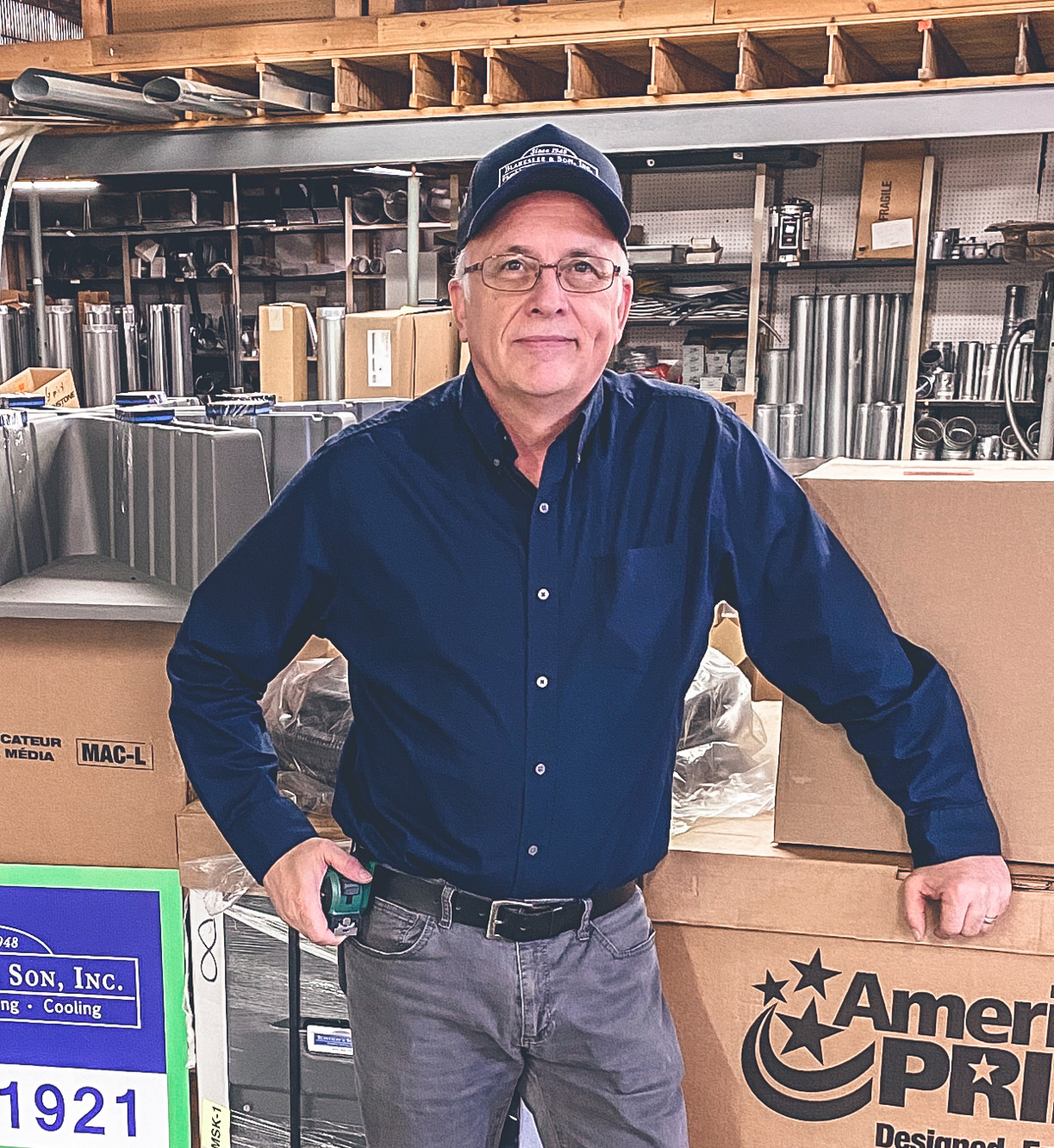 Looking to work for a family-owned company that values its employees? Hoping to build a long-term career with a company who values you and your skills? Blakeslee & Son prides itself on our team members, and offers competitive benefits.

MS affects many in the Rockford Community. It’s important to us to give back to our community and assist those impacted by this disease.

What is Multiple Sclerosis (aka MS)?
Multiple Sclerosis is a chronic, unpredictable disease of the central nervous system (CNS), which is made up of the brain, spinal cord and optic nerves. It is thought to be an immune-mediated disorder, in which the immune system incorrectly attacks healthy tissue in the CNS.

Who gets MS?
Anyone may develop MS, but there are some patterns. More than two to three times as many women as men develop MS. This gender difference has been increasing over the past 50 years. Studies suggest that genetic risk factors increase the risk of developing MS, but there is no evidence that MS is directly inherited. Environmental factors, such as low Vitamin D and cigarette smoking have also been shown to increase ones chances of developing MS.

Multiple Sclerosis is most common in Caucasians of northern European ancestry, however, it does occur in most ethnic groups, including: African-Americans, Asians and people of Hispanic or Latino origins too.

What can YOU do to help in the fight to end MS?
Please consider making a donation to the National Multiple Sclerosis Society to help fund research for a cure!

How many people have MS?
More than 2.5 Million people are affected by MS world-wide.

Is MS contagious, or inherited?
No, MS is not contagious, or directly inherited. Studies do indicate that genetic and certain environmental factors may make certain individuals more susceptible to the disease.

Can MS be cured?
Not yet. Thee are no FDA-approved medications that have been shown to “modify” the course of MS by reducing the number of relapses while delaying progression of disability to some degree. In addition, many therapeutic and technological advances are helping people to better manage their symptoms. Advances in treating and understanding MS are made every year, and progress in research to find a cure is very encouraging!

Our installation went perfectly. They were on time, fast, and very friendly. Troy and Andy’s installation of our new water heater looks very professional. The final cost was exactly what we were quoted. We’ve also had them replace our furnace. I can’t recommend them enough.

Called 3 other places before Blakeslee, they were so much more friendly on the phone! That’s a big deal for us, you want customers to trust you in their homes, you better have excellent customer service on the phone first! Guys were on time, professional, and they did great work! Would absolutely recommend.

Friendly service, good price, excellent products, complete and detailed installation. This was my third project with these guys. Each was on-time, on-budget, professional service, and meets/exceeds expectations. Just a really good shop to work with. High recommendations.

Kevin and assistant were wonderful, putting up with a guest dog who barked at them the entire time, taking time to befriend him. They did more than expected, checking my water heater as well, trying to figure out a leak. They were both extremely careful when coming and going to lock the gates, keeping the dogs from escaping.

Able to get to our house with relatively short notice. The free estimate was crucial in our decision making process. They stayed in scope and finished the job on time. Friendly, knowledgeable staff and plumbers. Fixed and updated our 100 year old plumbing. Will use again.